What esthestics are needed for a city in motion?

"To live, the city is in perpetual evolution and transformation. Today more than ever, with the evolution of lifestyles, urban practices and mobility, but also with the new challenges related to climate issues, the city must adapt. The time in between is more frequent, more visible, but also more restrictive and less understandable for those who live in or visit the city.

At a time when Paris is preparing to welcome the world, how can we give meaning and aesthetics to the transitory? What are the differences between temporary and provisional development, between prefiguration and experimentation? How can we design the aesthetics of each of these times according to the specific needs they induce? What tools can be used to anticipate and move from disorder to harmony, from wild and spontaneous individual initiative to common vocabulary?

This is the challenge of this meeting, organized on the occasion of the publication of the study conducted under the direction of Nodesign, which for the first time draws up an international report on the design of the city in transformation, and proposes an analysis and avenues for improvement to accompany the city in the making and move from a time of suffering to a time of acceptance.

9H35 – What aesthetics for the city in transformation?
Emmanuel Grégoire, First Deputy Mayor of Paris, in charge of urban planning, architecture and Greater Paris

10H20 – What aesthetics for temporary equipment in the identity of cities?
Patrick Jouin, Designer

Morning session
Wednesday September 14, 2022 at 9:30 am at the Pavillon de l'Arsenal

Conference organized as part of Paris Design Week and France Design Week
on the occasion of the publication of the study "What aesthetics for the city in transformation?"
conducted under the direction of Jean-Louis Frechin, Nodesign, with the support of FAIRE*

* FAIRE accelerator of innovative architectural projects and urban design, launched by the Pavillon de l'Arsenal with the City of Paris and the support of the Caisse des dépôts, MINI and EDF 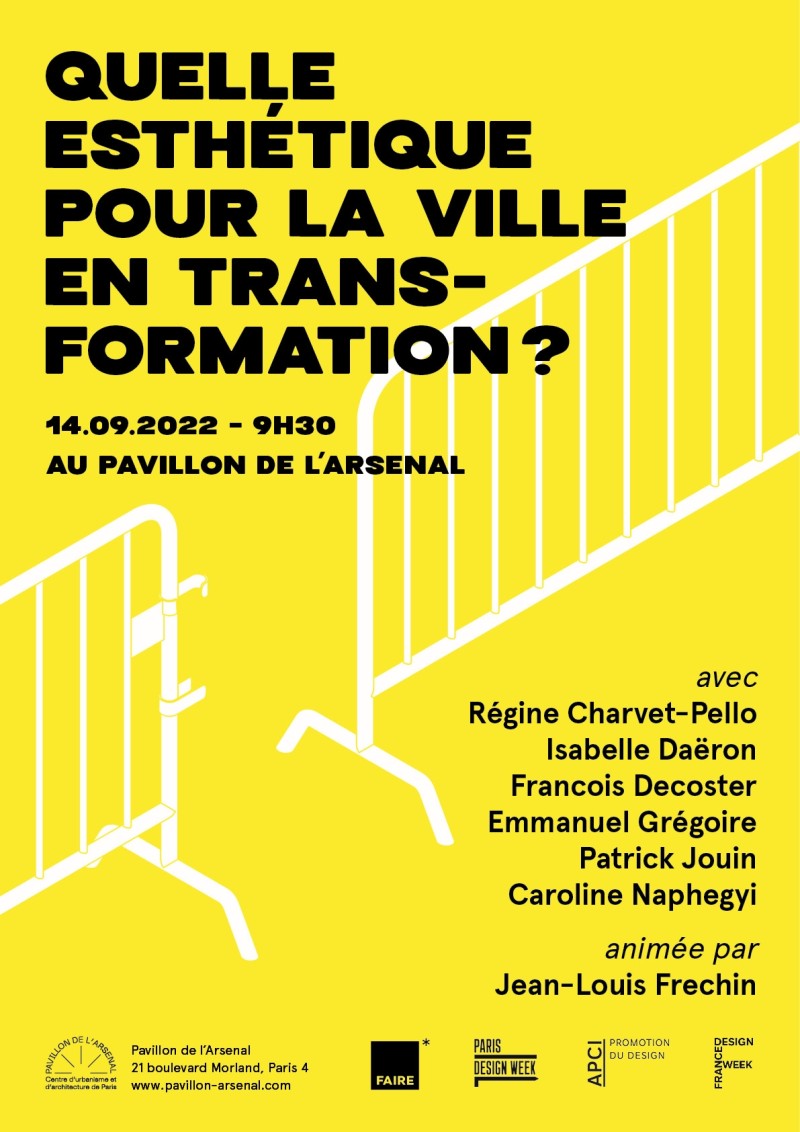 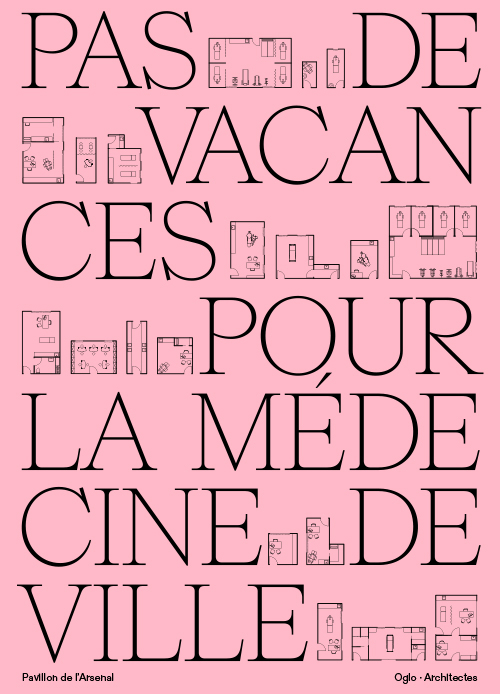 No Vacancies for Urban Medicine
with Oglo architects
Lecture on May 20, 2022