✖ To offer you a better experience, this site uses cookies, even from third parties.
By closing the pop-up, you consent to the use of cookies. For more information consult our Cookie Policy.
FERMETURE TEMPORAIRE ET REPORT DE NOS ÉVÈNEMENTS

"The proposed land plot, squeezed between railway tracks, the Boulevard Périphérique (ring road), and Bartet Street side streets, offers limited control over the general order of the city. However, the mere presence of the future building can generate a new movement – that of Paris reaching out to the towns of Vanves and Malakoff.

The building stands as a distinct indivisible entity. Its unambiguous unoriented geometry equally looks out on all sides. As a whole the form asserts its own existence; it does not result from the constraints of the site. The volume echoes the neighboring 60s residences and the INSEE (Lana & Honegger, arch.) building on the other side of the boulevard.
Although the functions of the building are interwoven because of the narrowness of the plot each stand visible with their own entrance: a social residence for young workers, an educational platform, and a Restos du Coeur food distribution center. 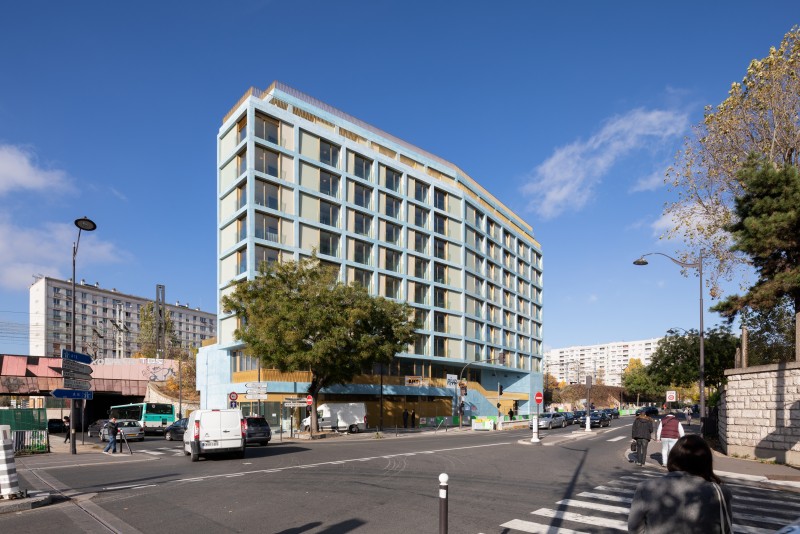 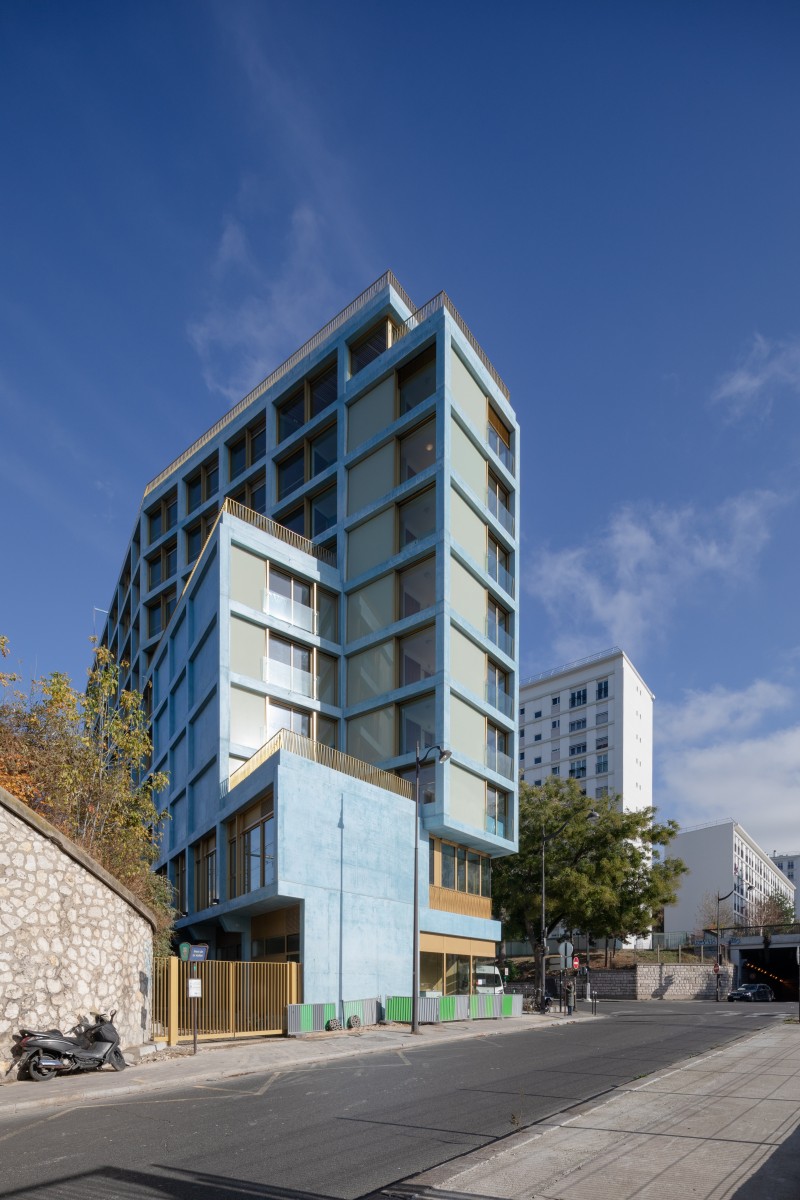 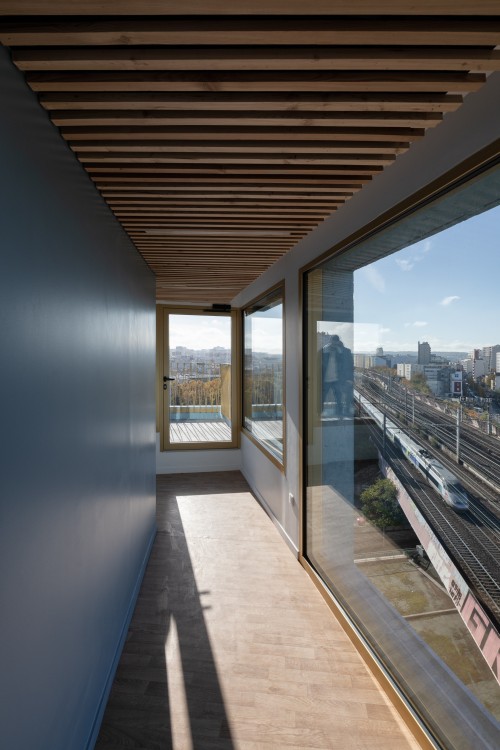 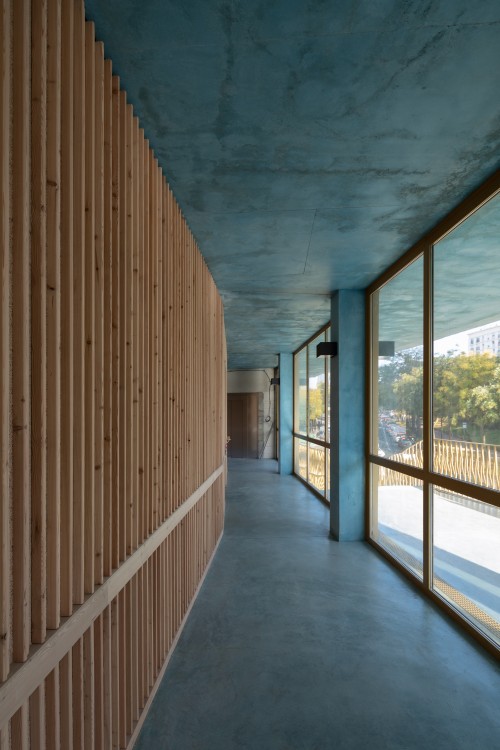 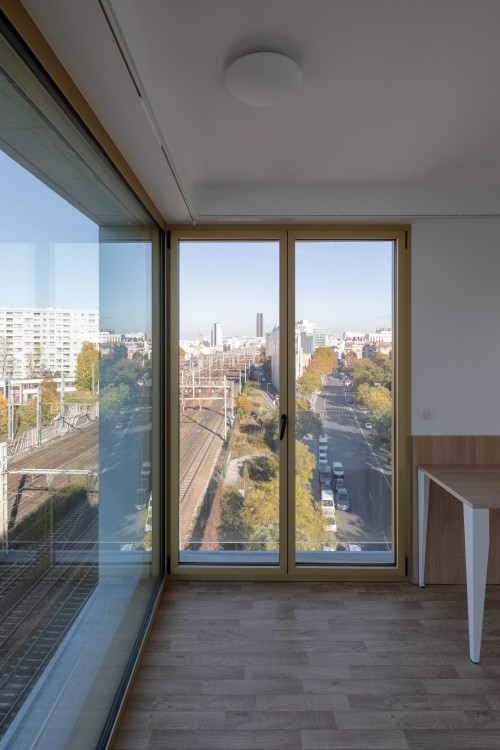 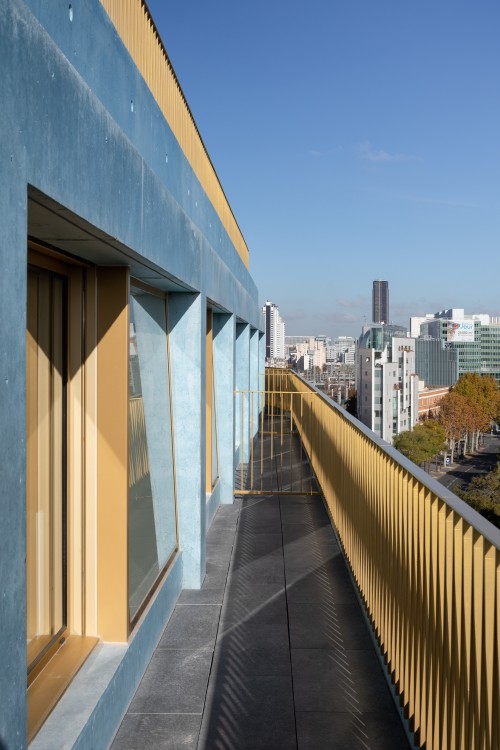 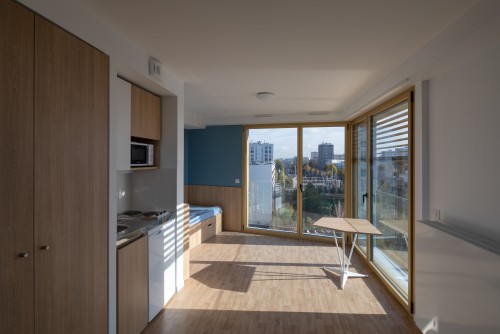 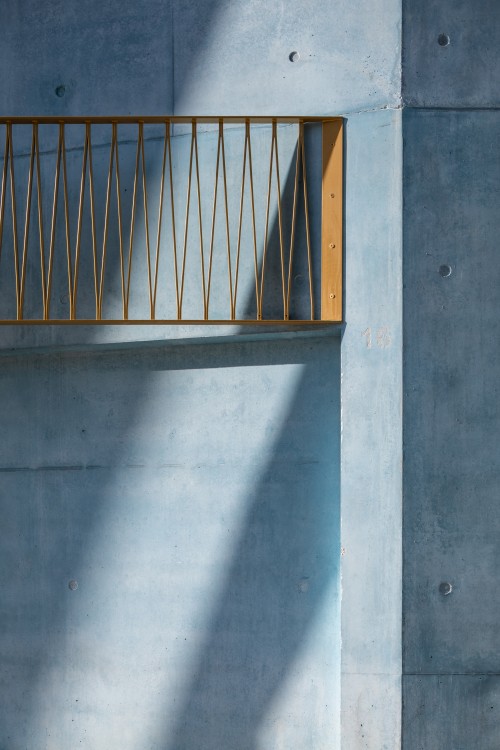 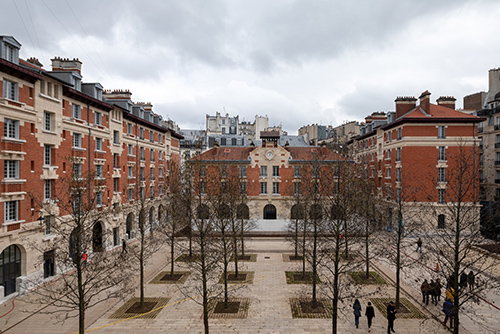 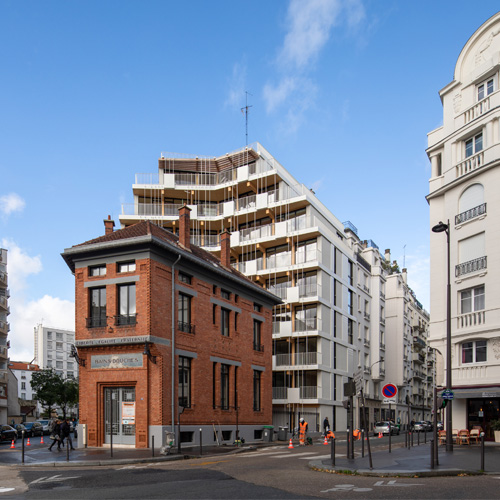