GET RID OF EVERYTHING ?

2017: where is debate hiding?
With the French presidential election as backdrop, BAOBAB Dealer d’Espaces will occupy the Pavillon de l’Arsenal in Paris et arc en rêve centre d'architecture in Bordeaux, with an exhibit that examines the format and role of debate in today’s era of Internet and citizens’ revolts.

Using typical spatial configurations, the exhibit illustrates today’s new ways of exchanging ideas: body language, speaking time and signals, the symbolism of places. Everyone moves closer together, latches on and argues as part of a conflict that has become necessary, since it is “the resolution of tensions between opposites,” between people and cities.

In response to the question, “Should we get rid of everything?”, twenty original artistic contributions weigh their words, invest in new spaces for exchanging ideas, peddle ordinary texts, expose networks of underground dialogue…

Through the exhibit, a hypothesis emerges: by drawing inspiration from the diversity of existing places of debate, it is possible to revive our democratic institutions, even if it means turning them upside-down! The series of debates introduces the question of why, where and how to create common spaces for contradictory exchange. A tremendous project, and BAOBAB and the Pavillon de l’Arsenal are inviting you to participate.

Curator
BAOBAB Dealer d’Espaces offers situations for exchange between people of different horizons (professionals, residents and citizens). The association, created in 2011, works on developing public interest in space, cities and architecture. Its actions include events, debates and publications to be taken as elements that can be used to construct spaces for life.
BAOBAB believes that CITIZEN’ DEBATE should be an integral part of urban territorial management. Provocative, like a thorn in the side, BAOBAB plays with situations and social codes to describe and question all types of living spaces, and to avoid turning in circles, confined to one’s own domain. 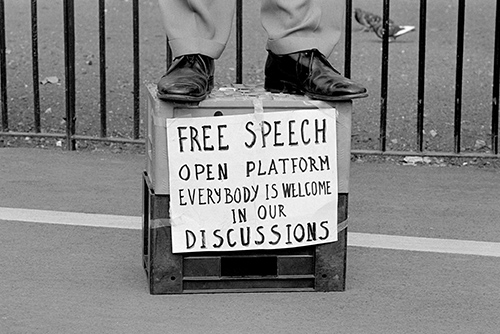 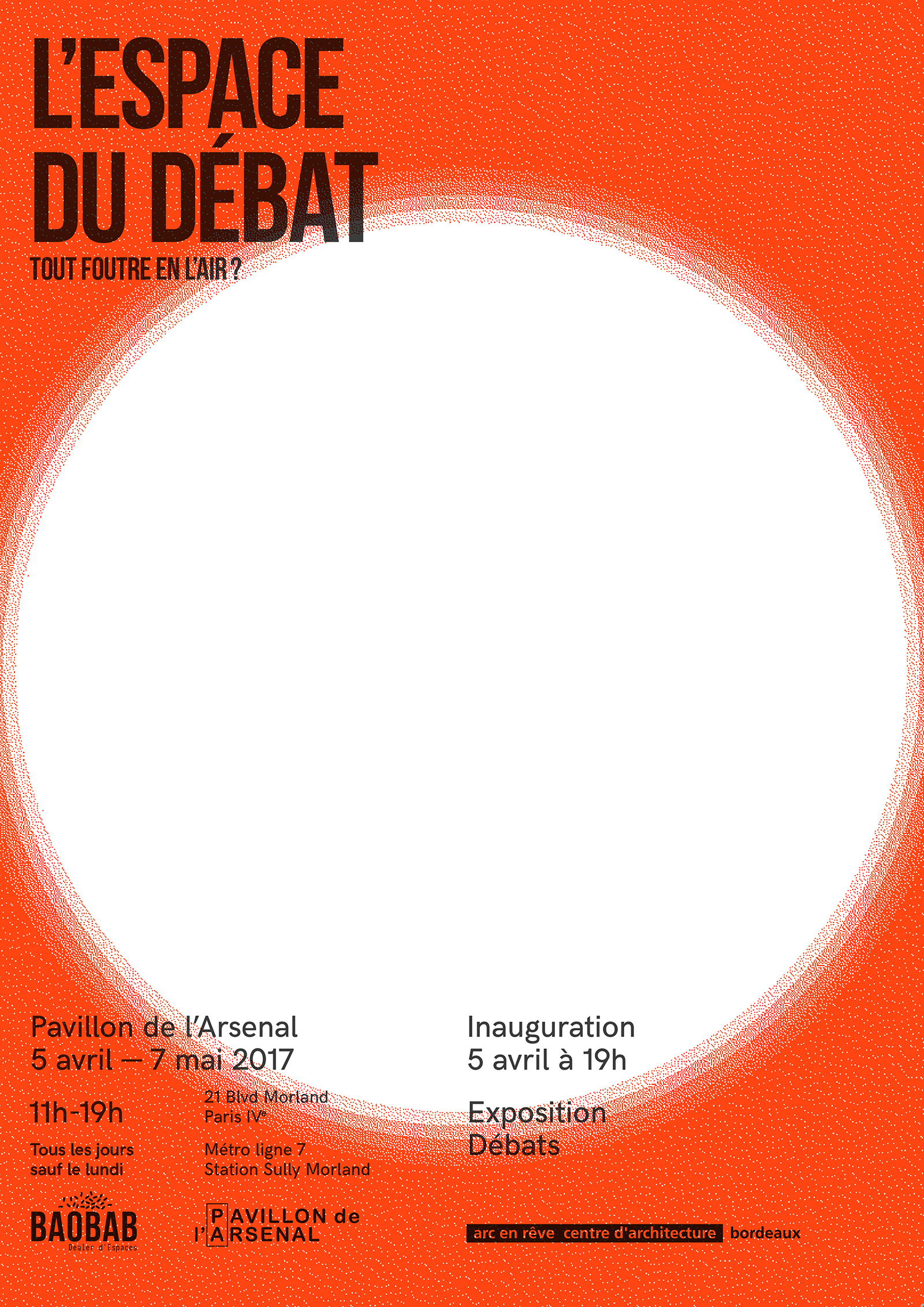 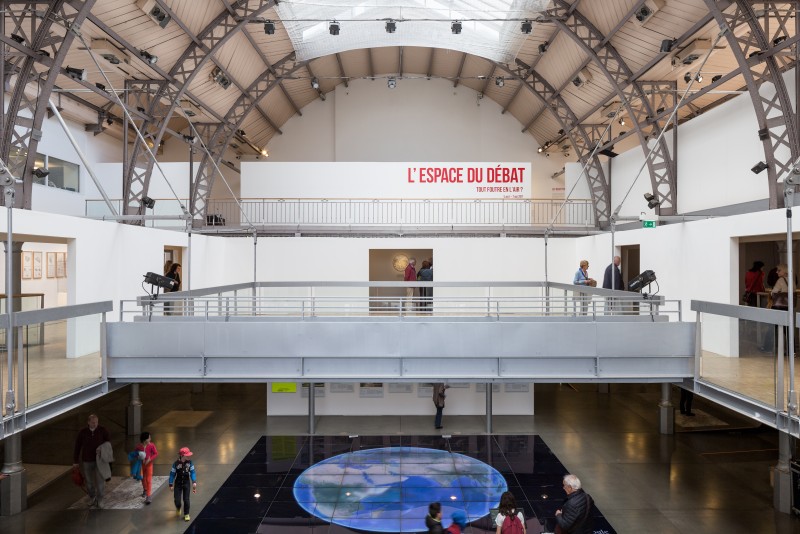 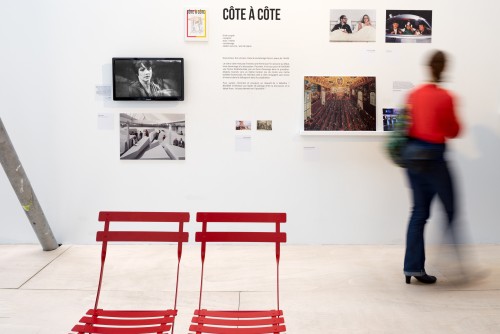 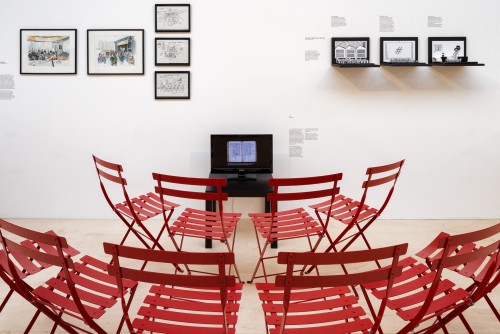 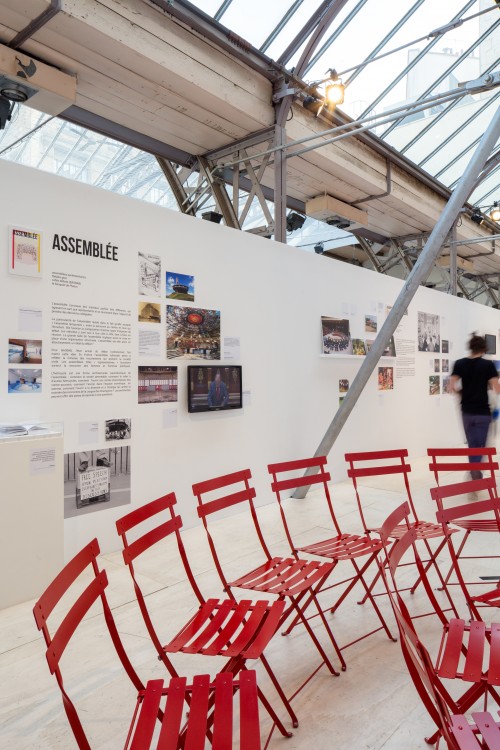 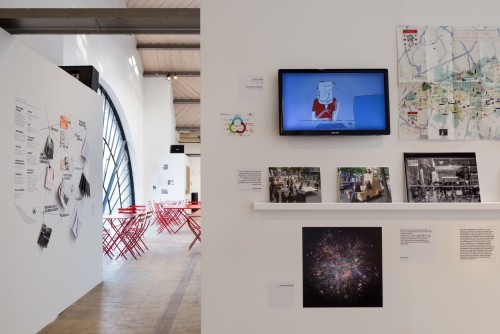 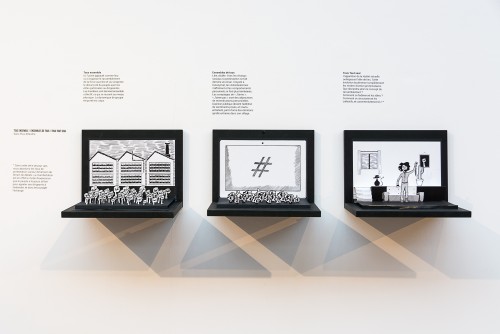