What place should the city give to care?

The link between health and the city is an old one. The city was built as a bulwark first against enemies from outside and against a hostile nature... but also against enemies from within, famines and epidemics. Leprosy, cholera, smallpox, measles, scarlet fever, typhoid, plague, tuberculosis are all infections that have shaped the urbanism and architecture of cities. And against which the powers that be tried to fight, with varying degrees of success.

The evolution of the healthcare system, including its territorial and architectural dimensions, notably with the transformation of hospital practices and the related issue of accessibility to facilities, has strongly marked the history of this link between city and health. As the philosopher Cynthia Fleury and the architect Eric de Thoisy explain, architecture and health care are "consubstantial, supporting each other": architecture transforms health care and health care transforms architecture. The state of health of a population does not depend, however, only on the quality of the care system that is offered, but also on the urbanization and the associated living conditions.

7:10 p.m. - The stakes of the "seniorization" of society
Serge Guérin, sociologist

7:45 p.m. - An awareness not without flaws
Georges Vigarello, historian, director of studies at the Ehess

The same day at 8 p.m.
Opening of the exhibition: Providing support. City, architecture and care. 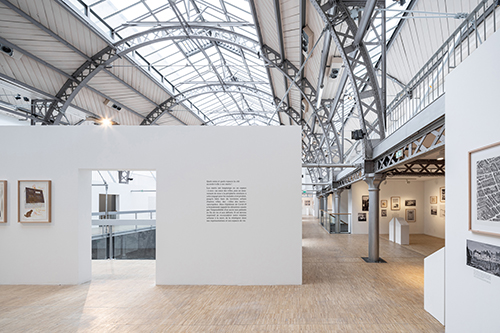 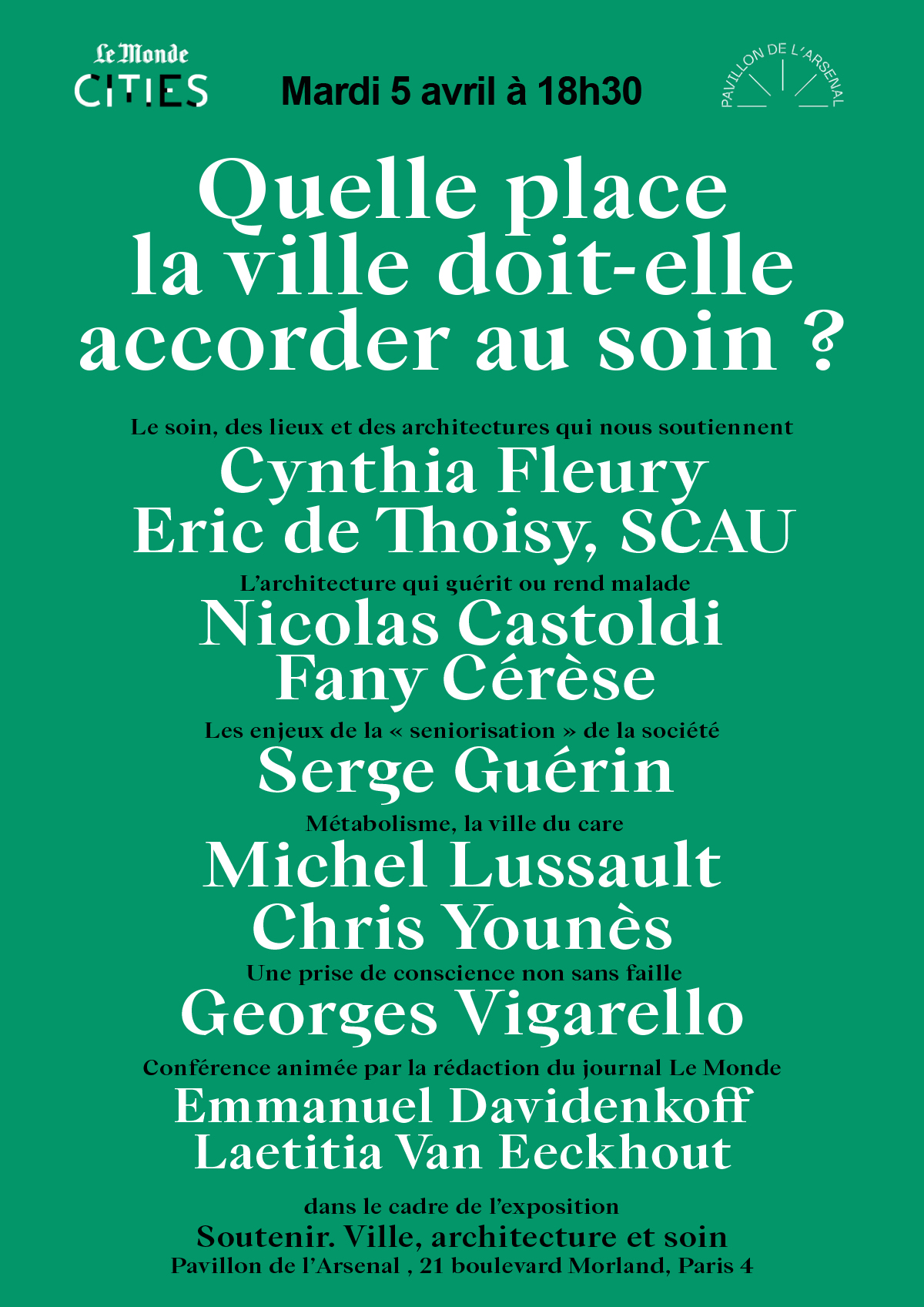