FILM November 2018 Moonarchitectures, architects
association Aurore
" Located on the bastion No. 1 of the enclosure of Thiers, a site of expectation of revaluation landscape, this temporary construction will accommodate 300 people in precarious situation during 7 years. The buildings are positioned parallel to the wall of the bastion, thus defining an interior and exterior. This colorful interior is conceived as an ultimate stage of reconstruction. Here converge all the common areas, while an agora to a "natural" butte transformed into amphitheater open on the city."

"The Solidarity of Paris
Temporary locations to respond to the urgency of the situation
Locations embodying constructive, social, human challenges
Locations that explain a way of sharing the city, a way of meeting together, a collective story.

For each location, a film.

Films in movement
To roam about these spaces that strive to show their welcome and their generosity
To show the mobilization of those who have built and breathed life into these venues
To express this new momentum. 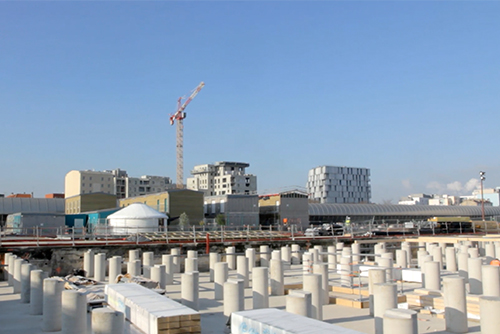 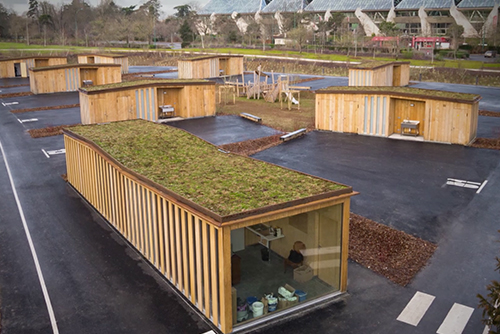 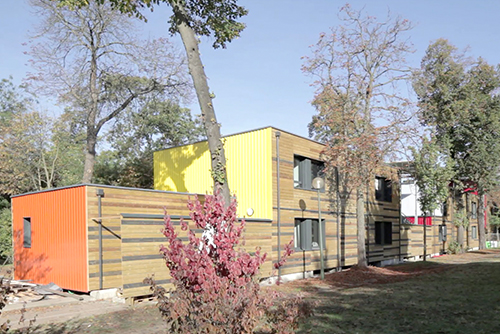