The bed in the age of Covid-19

A grid of empty white beds in a dark cavernous space—waiting for bodies. One architecture inside another. A field hospital is set up within days to accommodate 5,500 patients in two convention center halls in Madrid. Buildings designed for temporary events now host an emergency medical architecture, a space for disease. Sick architecture. [Fig 1] And it was not just Madrid, all over the world, from Belgrade to New York, similar spaces were set up during the early days of COVID 19. Neither it was the first time that this has happened, as can be seen in photographs from the 1918 Flu pandemic in the USA showing thousands of beds as a field hospitals in cavernous spaces. 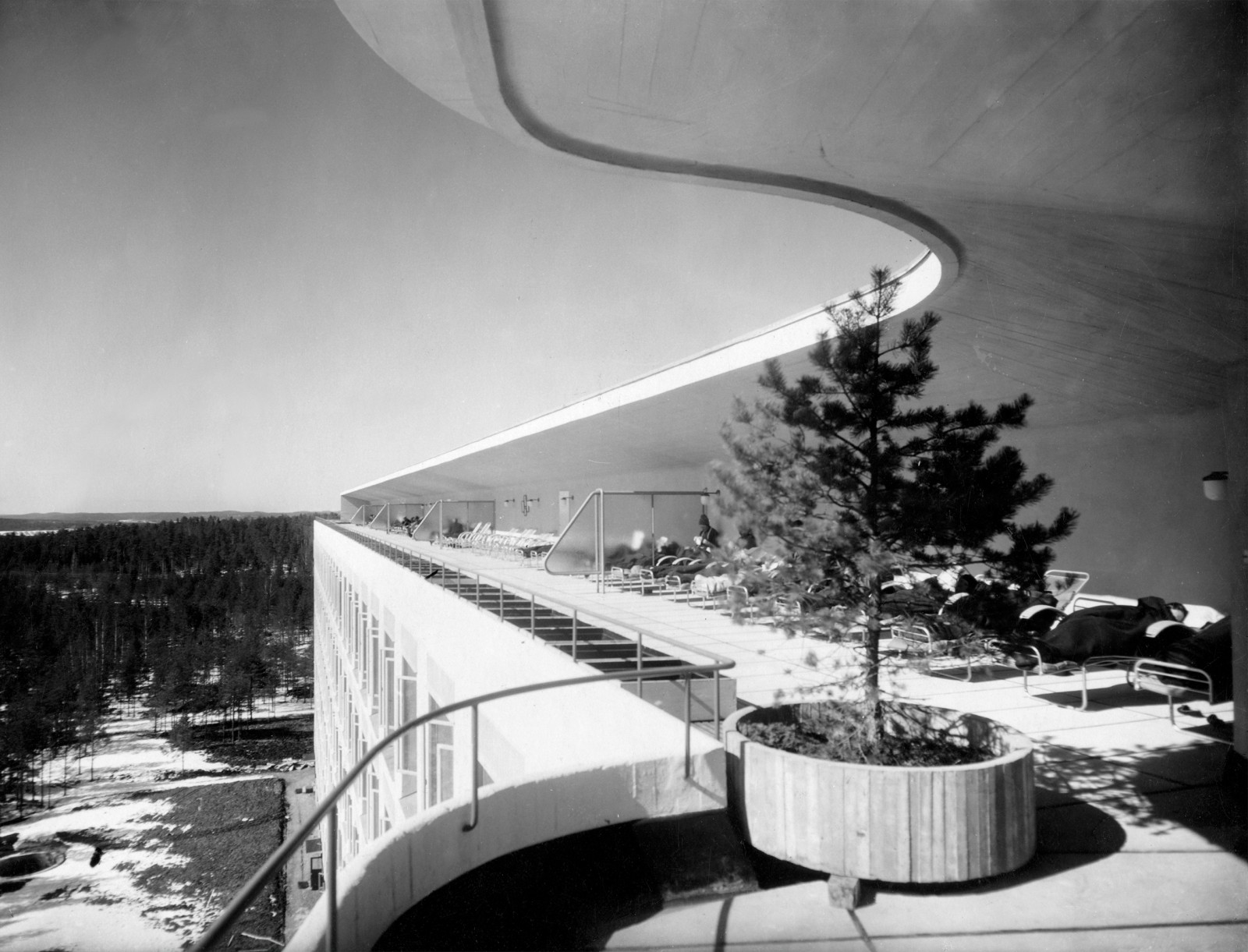 10 min.
Sick architecture is not simply the architecture of medical emergency. On the contrary, it is the architecture of normality—the way that past health crises are inscribed into the everyday, with each architecture not just carrying the traces of prior diseases, but having been completely shaped by them. Every new disease is hosted within the architecture formed by previous diseases in a kind of archeological nesting of disease. Each medical event activates deep histories of architecture and illness, along with all the associated fears, misunderstandings, prejudices, inequities, and innovations.
In fact, all architecture is sick. Illnesses and architecture are inseparable. It could even be argued that the beginning of architecture is the beginning of disease. As doctor Benjamin Ward Richardson put it when introducing Our Homes and How to Make them Healthy, a compendium of texts by doctors and architects for the 1884 International Health Exhibition in London: "Man, by a knowledge and skill not possessed by the inferior animals, in building cities, villages, houses, for his protection from the external elements, has produced for himself a series of fatal diseases, which are so closely associated with the productions of his knowledge and skill in building as to stand in the position of effect from cause. Man in constructing protections from exposure has constructed conditions of disease[1]."

There is no disease without architecture, and no architecture without disease. Doctors and architects have always been in a kind of dance, often exchanging roles, collaborating, influencing each other, even if not always synchronized

There is no disease without architecture, and no architecture without disease. Doctors and architects have always been in a kind of dance, often exchanging roles, collaborating, influencing each other, even if not always synchronized. Furniture, rooms, buildings, cities, and are produced by medical emergencies that layer one on top of another over the centuries. We tend to forget very quickly what produce these layers. As soon as the emergency is over we develop amnesia. We act as if each pandemic is the first, as if trying to bury the pain and uncertainty of the past.
And yet it could be argued that the history of cities is the history of disease. The pandemics of the 19th century brought us the infrastructure we still have today in our cities: clean water systems, sewage systems, urban parks, etc.  And they also revolutionized the design of interiors, furniture and buildings.
The relationship between architecture and health is actually an old story that goes back to the very beginning of architectural theory. Vitruvius in the first century BC launched Western architectural theory by insisting that all architects needed to study medicine: “Healthfulness being their chief object.”[2] He devoted a large part of his Ten Books on Architecture to the question of health, giving detailed instructions on how to determine the healthiness of a proposed site for a city by returning to the ancient method of sacrificing an animal that lives there and inspecting its liver to make sure it is “sound and firm.” Likewise for the health of buildings he discusses the theory of the four humors, which was the dominant medical theory of the time. Even more interesting, Vitruvius argues, in reverse, that those who are unwell can be cured more quickly through design, rebuilding the system of those “exhausted by disease” including “consumption,” an old word for tuberculosis. So already in Vitruvius we encounter the idea of architecture for both the prevention and cure of disease. Something that has persisted through the centuries.
In the Renaissance, for example, the very first school of design, the Academia del Disegno in Florence in 1563, founded by Giorgio Vasari, placed itself next to the medical academy and students of design were required to attend dissection in the local hospital Santa Maria Nuova and draw the body for days on end, even as the body putrefied and some students fell ill.
Every subsequent architectural theory added something to this medical paradigm. Cities represent a kind of accumulation of theories of disease from ancient times to the present. One could even argue that disease is the real designer of cities.
Modern architecture, for example, was produced under emergency conditions. Throughout the nineteenth century and the first half of the twentieth, millions died of tuberculosis every year all over the world. Modern buildings offered a prophylactic defense against this invisible microorganism. All the defining features of modern architecture—white walls, terraces, big windows, detachment from the ground—were presented as both prevention and cure. Yet the medicinal nature of modern architecture and the unimaginable horror it was responding to has been largely forgotten. The image of white buildings whites out the trauma that gave birth to them.
In order to produce the idea of modern architecture as healthy, nineteenth-century architecture was demonized as nervous, unhealthy, and literally filled with disease, especially the bacilli of tuberculosis. Decorative excess was itself treated as an infection. Modernizing architecture was firstly a form of disinfection, a purification of buildings leading to a health-giving environment of light, air, cleanliness, and smooth white surfaces without cracks or crevices where contagion might lurk. Women were advised to leave out petri dishes to see if any bacteria had survived their cleaning routines. The house wife was a bacteriologist and the home her laboratory.

Every subsequent architectural theory added something to this medical paradigm. Cities represent a kind of accumulation of theories of disease from ancient times to the present. One could even argue that disease is the real designer of cities.

Architecture has always described in terms of the body, but it is not a healthy body as we usually think about it, particularly with the famous images of athletic male bodies as drawn by Leonardo da Vinci and others, inscribed in geometric systems of proportions. The real body of architecture is a fragile body, prone to sickness or already sick, and in need of support. Architecture is a kind of orthopedic support, a kind of crutch, or artificial skin for this fragile creature.

Architecture, likewise, turns itself inside out. The threat is no longer outside but inside in the invisible. The micro scale of the bacteria becomes the base for furniture, houses and cities: the micro and the macro: the bacterium and the city. Cities were suddenly thought to be teeming with unseen occupants that in that sense became the new clients of modern architecture and urbanism.
The architect became a bacteriologist. Architectural itself became bacterial. As Le Corbusier put it, he needed to do “laboratory work,” “isolating his microbe” until it appear in “undisputable clarity.” Those are all his words, then he goes on to say that with this one can make a “diagnosis” and draw up the fundamental principles of modern city planning. Modern architecture goes from microbe to city and back.[10]
Modern architecture lying down is not just the new paradigm of seeing architecture from the point of view of those in the weakest position, the horizontal patient as paradigmatic client, but seeing the human species itself as weak, fragile, vulnerable, and immersed in bacteria. The human is no longer the center of a geometric system, but permanently hospitalized—a complete reversal of Leonardo da Vinci’s visualization of the Vitruvian man or even its reincarnation in modern times in figures such as Le Corbusier’s Modular Man. The clearly defined athletic, vertical, gendered, man gives way to a multiplicity of age, sexuality and physical and mental conditions in multiple combinations and collaborations with other species.  Sickness is not the negative term but the generator of new potentials, the very engine of modernity.


In the book  "Soutenir. Ville architecture et soin" published by the Pavillon de l'Arsenal in 2022.