In 1982 Jean Prouvé was awarded the Grand Prix de l'Architecture by the City of Paris.

In this exhibition, which coincided with the centenary of his birth, the Pavillon de l'Arsenal saluted a French pioneer of french industrial creation, a specialist in metal and a master of innovation. Prouvé’s contribution is unique in the annals of modern architecture.

After training as an artisan ironworker, he was in turn industrialist, builder, engineer and architect. He dedicated his life to research and innovation. His workshops were laboratories and test-beds in which he experimented his ideas and gave them concrete form. His production was diverse in nature and scale, ranging from grates, doors and furniture to modular components for structures and façades.

Prouvé’s credo - economy in construction – made his reputation as an ingenious and lucid precursor and inventor. By presenting the man, his works and activities in and around Paris, this exhibition revealed an optimistic idealist, a humanist at the service of ordinary people. Like many creators of his generation, Prouvé sought to respond to the critical situation that came in the aftermath of WW II, and to social changes such as annual vacations and the development of leisure activities. Jean Prouvé designed series pieces…

A decade ago, who could have imagined that a metal façade panel or a school desk developed by him would be coveted items on the art and design market today? The exhibition, 800 m2 laid out by architect Dominique Lyon, presented Prouvé’s drawings and sketches as well as photos, models, pieces of furniture and structural components.

On show for the first time in Paris, his awning for the Le Mans Social Security Building, which figured in the Venice Biennale, was mounted on our street front to signal the exhibition to passers-by. 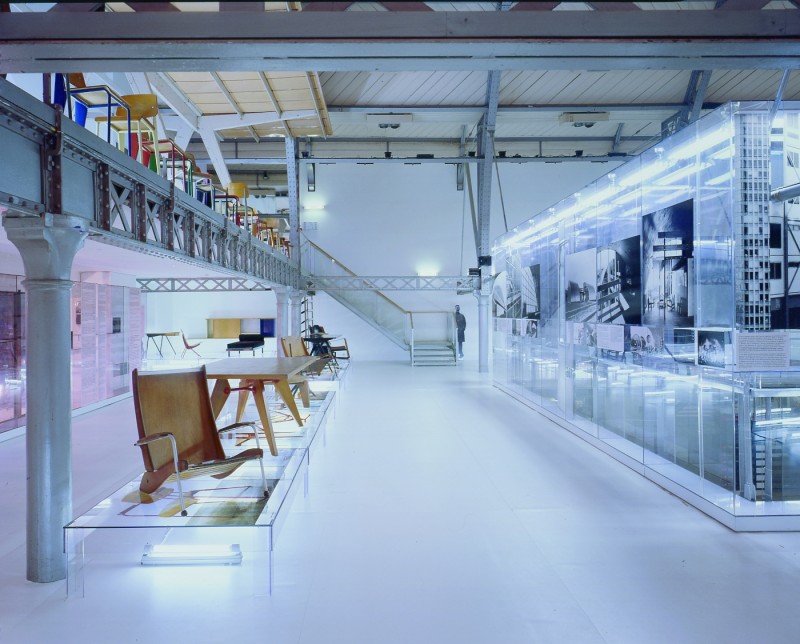 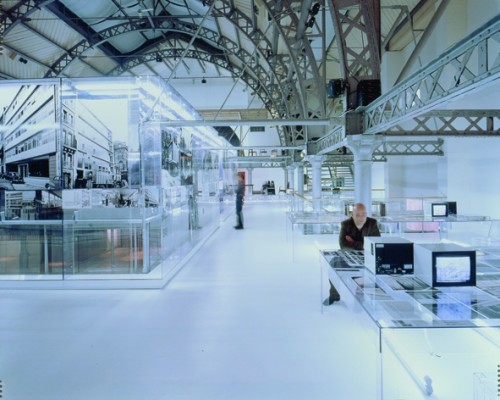