Study for a Post-Concrete Slab

Exhibition presented from January 20 to February 6, 2022 Research conducted by ciguë architectes
as part of the FAIRE accelerator for innovative projects

Once very widely used in Parisian constructions, gypsum plaster (which had turned the French capital completely white in the seventeenth century) has declined substantially in use due to the advent of modern forms of concrete and building materials. As we are now re-examining our production methods in order to find more sustainable and less carbon-intensive solutions, ciguë’s architects have investigated the contemporary potential of this endemic material.

Their research, conducted with the support of the FAIRE project accelerator, proposes investigating the potential use of gypsum plaster for slab production, an alternative to Portland cement, which currently accounts for almost 30.3% of the greenhouse gas emissions in France’s building industry. Their study also intends to prove the merits of gypsum plaster as a binder that’s capable of replacing natural aggregates (sand and gravel, currently facing depleted reserves) by construction rubble (crushed bricks, tiles, or Portland cement).

The Gypsum Plaster exhibition (and its companion publication) presents the record of two years of research exploring possible mixes that could be used to produce post-cement slabs. Through samples, test results, prototypes, and films, this event charts the laboratory studies and experimentations conducted in real-world conditions. It also forms part of a longer-term research project that will result in the construction of a mixed-used building (workshop and housing) in Montreuil, followed by the in-situ analysis of the longevity of this new material.

The research was supported by the Plâtres Vieujot gypsum plaster transformation factory (located in Soisy-sous-Montmorency in the Val d’Oise department) and by researchers from the Granulates & Materials Processing laboratory (GPEM) of the Materials and Structures (MAST) department at Université Gustave Eiffel, as well as the engineering consultancy Le Sommer. Findings have confirmed the base assumptions. Gypsum plaster concrete made from mixed reclaimed bricks and tiles exhibits very high compressive strength, puncture strength, and abrasion resistance. Mixes including reclaimed Portland concrete could be put to use for their mass and soundproofing properties. And, whatever the formulation ultimately used, gypsum plaster slabs make much better use of natural resources while substantially lowering greenhouse gas emissions compared to conventional concrete slabs.

Concerned with the exploration of other production methods at the nexus between building trades and know-how, ciguë’s architects aren’t aiming to promote an “all-plaster” approach. but rather, their aim is to inform a more comprehensive examination in the face of the excesses and constraints -that are the hallmarks of our era.

The gypsum plaster project reflects “our ability, as architects, to adopt a new perspective on available resources, to redefine our relationship to materials, and to continue calling into question the systemic reflexes at work in contemporary build practices.

Standing at the crossroads between architecture, design, and installation, ciguë reactivates archetypes to produce contemporary environments. Their projects are characterized by experimentation, stripped-bare esthetics, and radical collage.
Home to a team of twenty in Montreuil, their workshop is an arena where new spaces and materials are developed. By removing the hierarchy between different scales and dissolving the boundaries between various areas of expertise, ciguë reconciles the way we live in the world with the way we build it.

Exhibition presented from January 20 to February 6, 2022
Free admission
Research conducted by ciguë architectes
as part of the FAIRE accelerator for innovative projects

* FAIRE accelerator of innovative architectural projects and urban design, launched by the Pavillon de l'Arsenal with the City of Paris and the support of the Caisse des dépôts, MINI and EDF 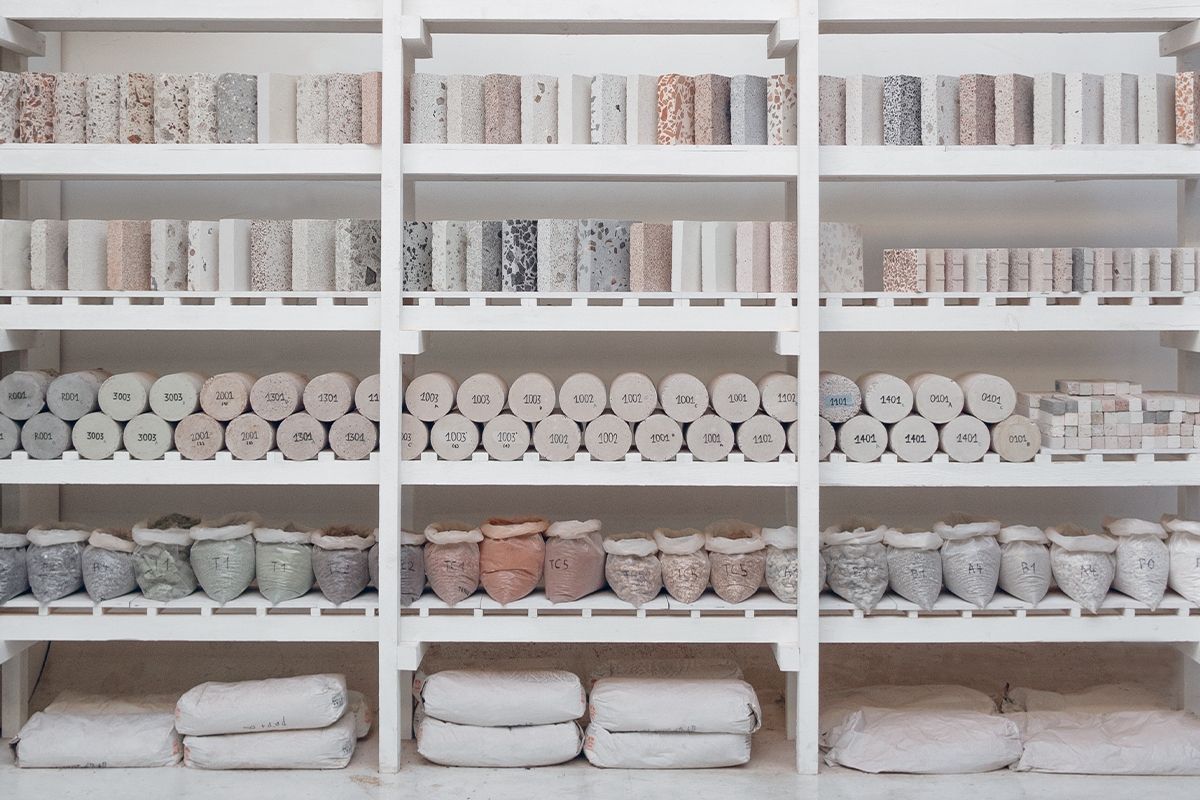 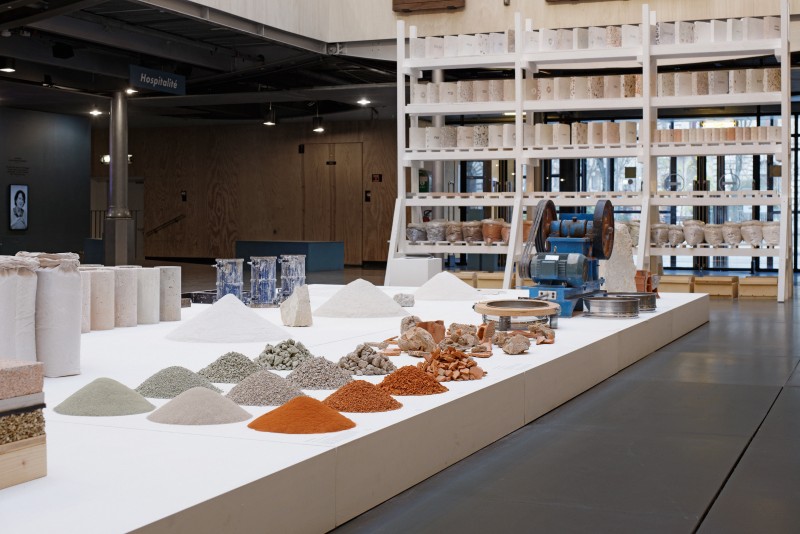 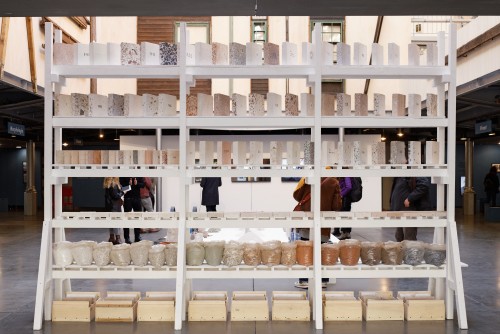 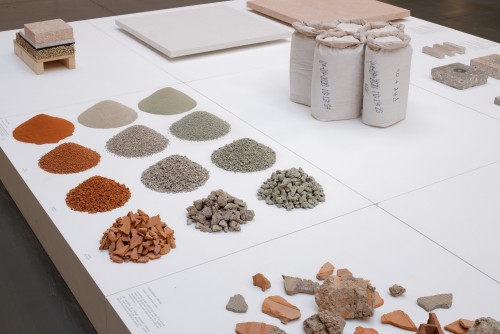 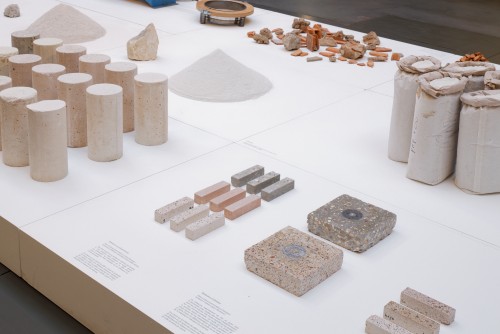 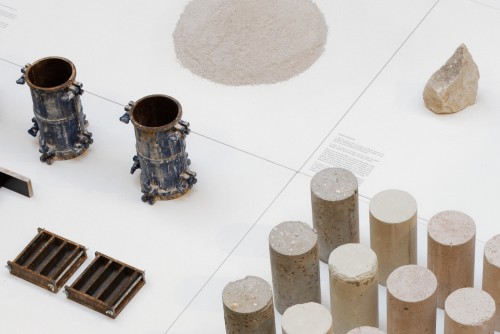 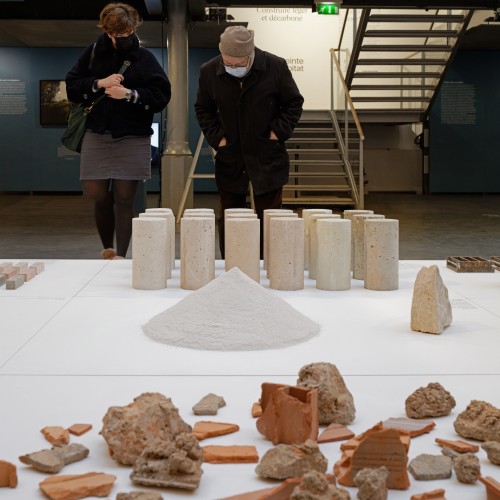 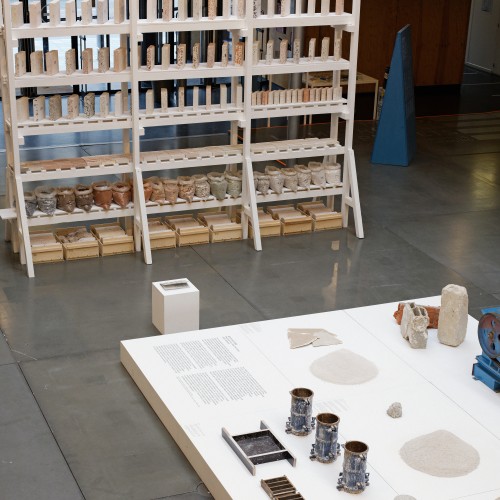