At the beginning of the first lockdown, everyone faced isolation, projects slowed down and work sometimes stopped. This compulsory ‘break’ constituted a time of introspection and reflection. The digital aperitivo around a virtual table became the common ground to share frustrations and fascinations. An opportunity to collaborate and share thoughts around a common project, a collaborative furniture series called Objects of Fascination.

These moments of discussion were given a collective dimension by asking about 40 national and international architects, designers, and artists the same question: What is your object of fascination? Personal explorations were translated into a creative process. Fascinations were shown through images, told through stories, and brought to life in the design of an aluminum coffee table. The table then became the physical witness of a moment when the domestic environment was the only available place of inspiration.

These personal quests resulted in a furniture series composed of 44 coffee tables made of wax-polished aluminium. A precise protocol in the thinking and making methodology was established. Each participant selected an image of a personal object of fascination, out of which a shape was extracted, redrawn, scaled and sent to a CNC machine to be cut out of a 5 mm thick aluminium sheet. Cylindrical aluminium legs, 30 mm wide by 27 cm tall, were then welded. The whole was sanded, scotch-brightened and wax-polished for hours.

Objects of Fascination explores digital technology and craftsmanship through found forms. It can be seen as a collection of personal Weltanschauungen, an attempt to give a physical form to the multiplicity of our collective cultural background.

Scenography
CENTRAL office for architecture and urbanism, UR

A project supported by 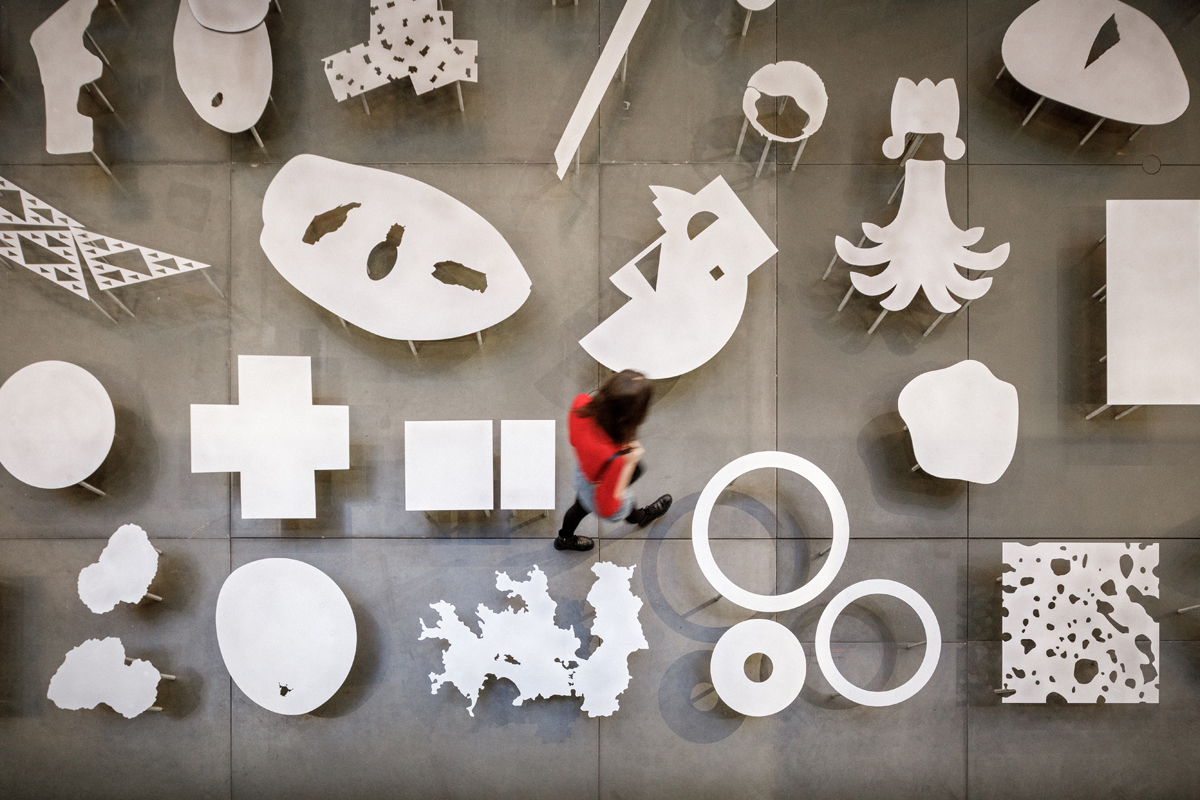 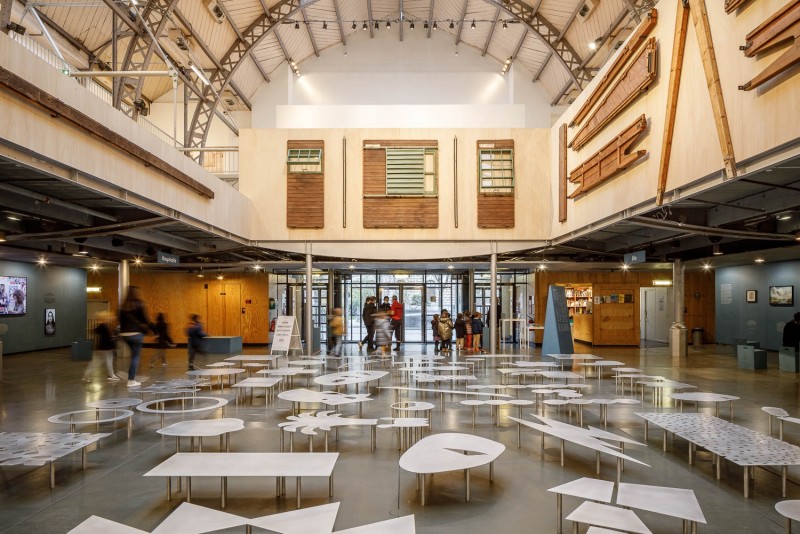 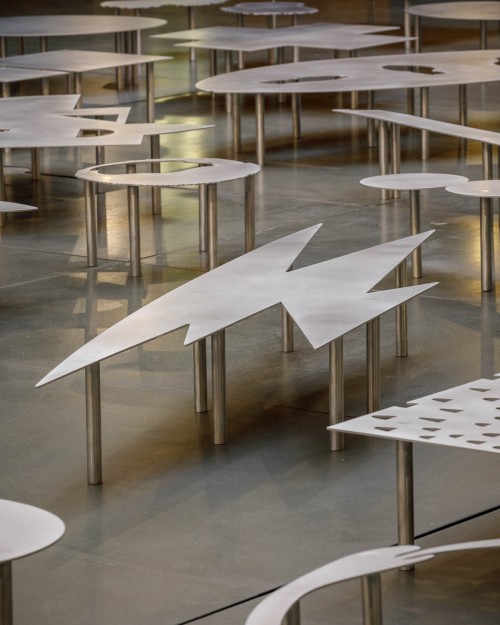 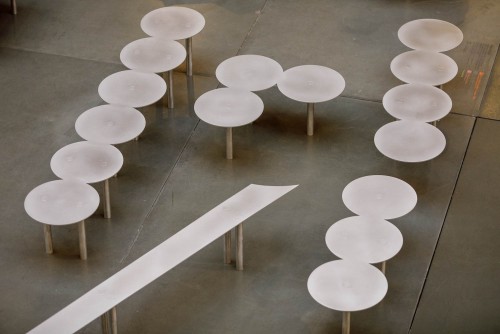 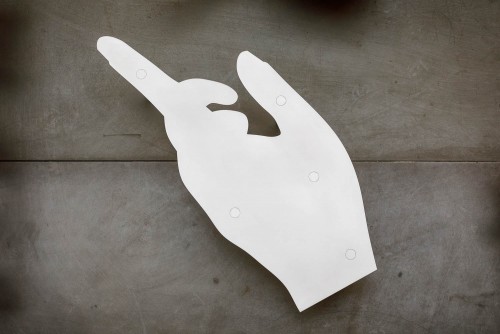 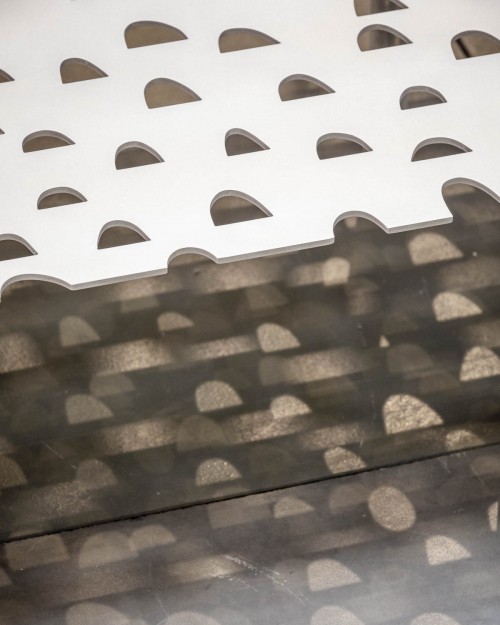 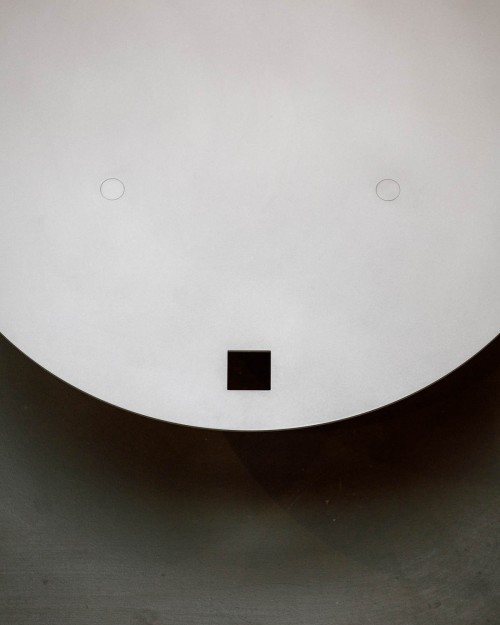 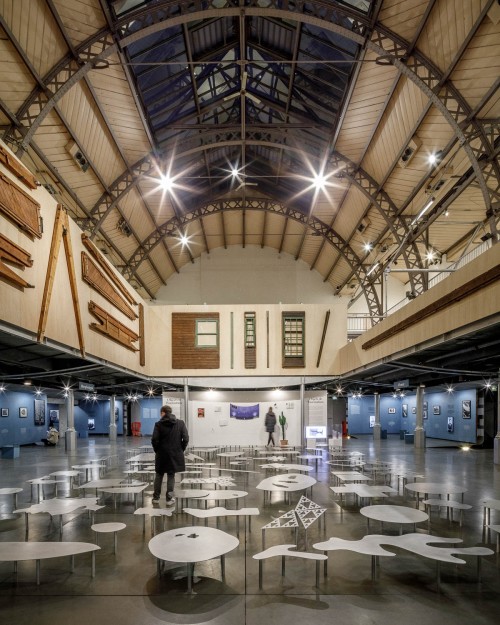 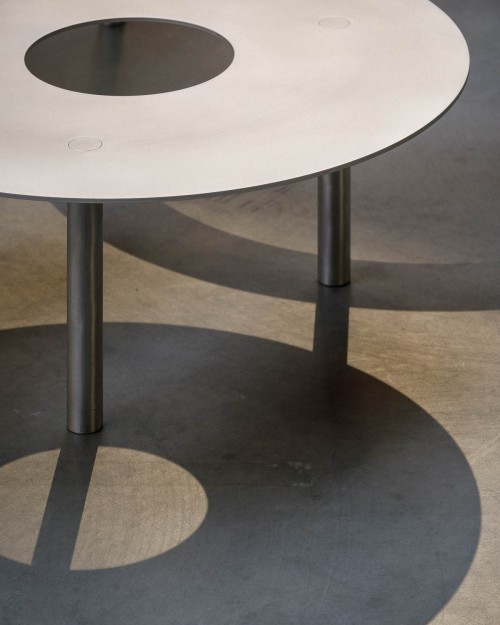