GRAND PARIS’ ROADWAYS OF THE FUTURE

What is the future of Grand Paris’ roadway network? Which transformations should we make to improve mobility, reduce pollution, and better integrate the network into its surrounding environment? Together with the City of Paris, the Île-de-France Region, and the Federal Government, the public bodies that constitute the Metropolitan Forum of Grand Paris held an international consultation on this very topic. The result? A selection of 4 multidisciplinary teams who have presented their prospects for the future, which seek to create a new world of possibilities.

The Pavillon de l’Arsenal and 11 sites across the Île-de-France region are presenting the exhibition “Grand Paris’ Roadways of the Future” from June 7 to October 13, 2019. This exhibition showcases the results of these teams’ visions for the future of our highways, Paris’ boulevard périphérique, and the region’s other major roadways, to be implemented between 2030 and 2050.

The innovative vision of the 4 multidisciplinary teams
The exhibition highlights the work of the 4 multidisciplinary teams, which are composed of architects, urban planners, landscape architects, and experts in mobility, the environment, and traffic analysis: L’Atelier des mobilités (D&A Devillers & Associés), Collectif Holos (Richez_Associés), New deal pour les voies du Grand Paris (Seura Architectes), and Shared utility networks – SUN (Rogers Stirk Harbour & Partners). Their research focused on the existing network of almost 1,000 kilometers of major roadways across the Île-de-France region, including the boulevard périphérique, the A86, the Francilienne ring road, the highways, state roads, and other major roadways that intersect with the Francilienne.

The teams have envisioned a new usage of our roadways. Their work reveals how we can reimagine a roadway to support a public transportation system interconnected with other forms of mobility, be they railways, car sharing, bicycles, or pedestrian traffic. The exhibition visualizes their proposals for reinventing the space that roadways occupy, as well as their organization. There is a specific focus on reimagining the boulevard périphérique and the major roadways and interconnections, such as the A1 and the A6 highways, among others. The exhibition also shows what the actual changes may be on a daily basis for inhabitants and users, especially in terms of the services that this new vision will help provide.

The Île-de-France’s roadways, in retrospect
To comprehend the visions and proposals of the 4 selected teams more fully, the exhibition begins with some twenty films that help viewers discover, or perhaps rediscover, the birth of the Île-de-France’s roadway network and the gradual transformation of its usages and landscape. This singular retrospective, designed by the architect Mathieu Mercuriali, and taken in large part from the holdings of the French National Audiovisual Institute (INA), Gaumont, and Pathé, retraces the beginnings of our metropolitan mobility. From the construction of the first highway in 1935 and the first interchange at Rocquencourt to the creation of highways for industrial and individual use, the building of the boulevard périphérique and other metropolitan ring roads, each film describes the history and usage of our roadways, up to the most recent experiments with dedicated lanes and self-driving vehicles.

These films are accompanied by a series of maps created especially for this exhibition, which illustrate the network’s development, the current challenges of saturation and pollution, and how they impact the daily lives of users. This historical framework ultimately serves as a stage to unveil each team’s vision for the region, with a focus on a dozen strategic sites that are emblematic of mobility within the Île-de-France.

A unique approach based on partnership
The international consultation “Grand Paris’ Roadways of the Future” represents a unique pooling of intellectual resources. The public bodies responsible for the governance of Grand Paris’s roadways participated in diagnosing the main issues and finding shared solutions. It also saw the use of surveys, site visits, conferences, and stakeholder reports to involve inhabitants, elected officials, socio-economic actors, and everyone among the general public who is directly or indirectly affected by the future development of our roadways.

Roaming among the 10 sites in the Île-de-France
To involve residents of the entire Île-de-France to the fullest and to create a common cultural experience, the exhibition touches down at ten sites across the region. It also forms part of the Île-de-France’s 1st Biennial of Architecture and Landscape. Throughout this itinerant exhibition, the consultation takes the form of locally organized events and debates, with the teams in attendance. For a list of all sites and dates, please visit: routesdufutur-grandparis.fr

PRACTICAL INFORMATION
Exhibition designed and presented by the Pavillon de l'Arsenal
From June 7 to September 1, 2019
Free guided tours on Saturdays and Sundays at 5 PM
Free entrance 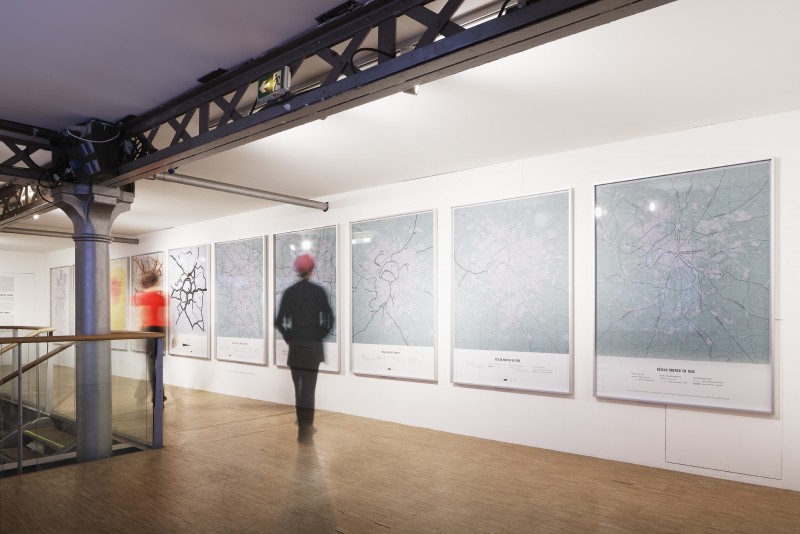 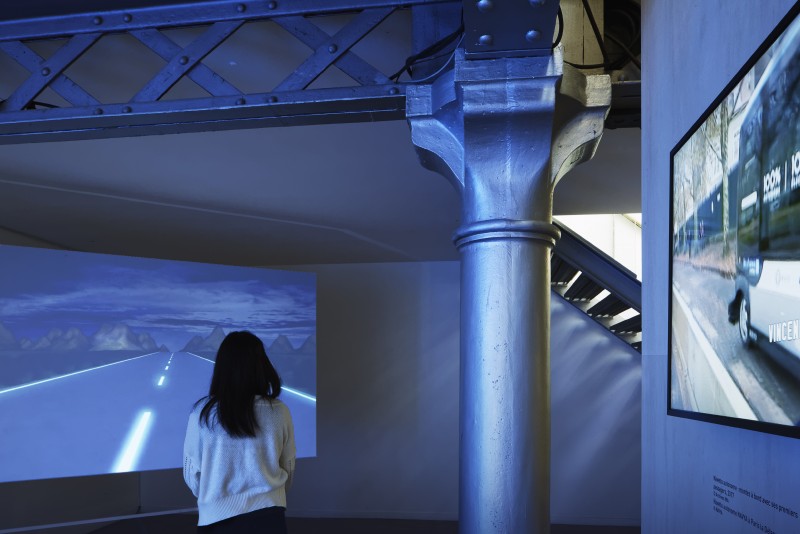 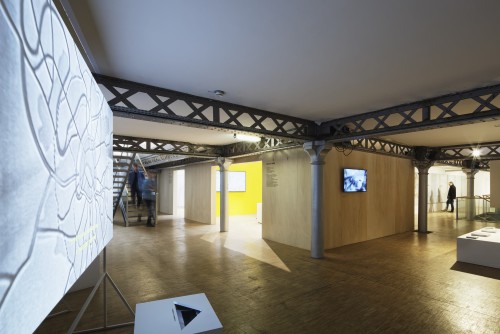 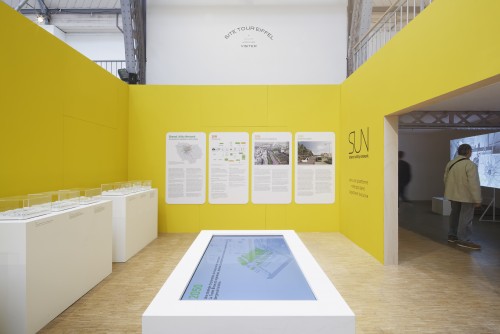 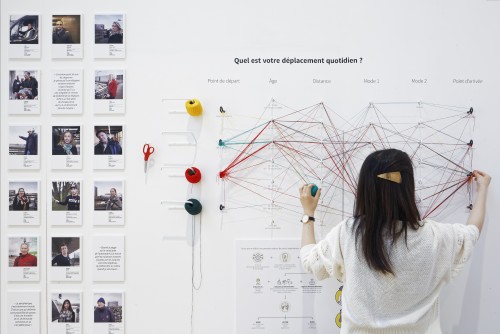 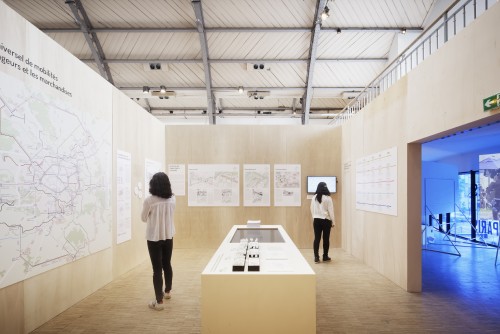 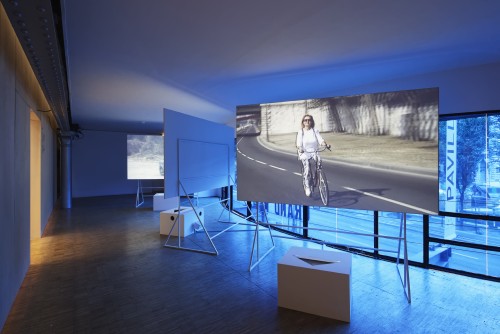 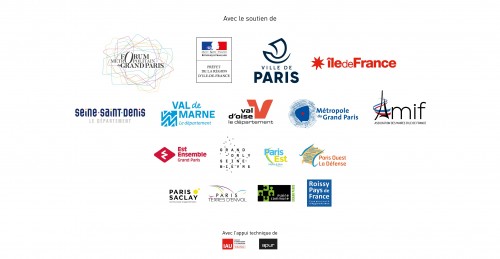