100 years ago, the avant-garde filmmaker and pioneer documentarian of art André Sauvage created an unprecedented portrait of Paris. This extraordinary visit of Paris in the 1920s invited viewers at the time to discover the city’s burgeoning energy, both its grand spaces and its working-class neighborhoods, and ultimately, a capital city in full transformation.

To view this exceptional testimony again in the present day, the Pavillon de l’Arsenal is organizing the projection of this documentary as a movie concert in its large, industrial hall. The musicians Christofer Bjurström (piano) and Bruno Sigogneau (upright bass) have envisioned a music to accompany the images that is "impressionist, a series of tableaus and small accents that exist in fluid conversation with the work.”

“In the late 1920s, Paris was a city of many faces. It was extraordinarily alive. You arrive by barge along the canals that merge into the Seine, where thousands of workers toil away. From the Opera to Montmartre, following the rhythm of the historic monuments, visitors cross a city of changing crowds. This urban portrait of unprecedented scope, considered to be André Sauvage’s greatest work, captures the city’s burgeoning energy, both its grand spaces and its working class neighborhoods, and ultimately, a capital city in full transformation.” Carlotta Films

Free entrance within the limits of available seats 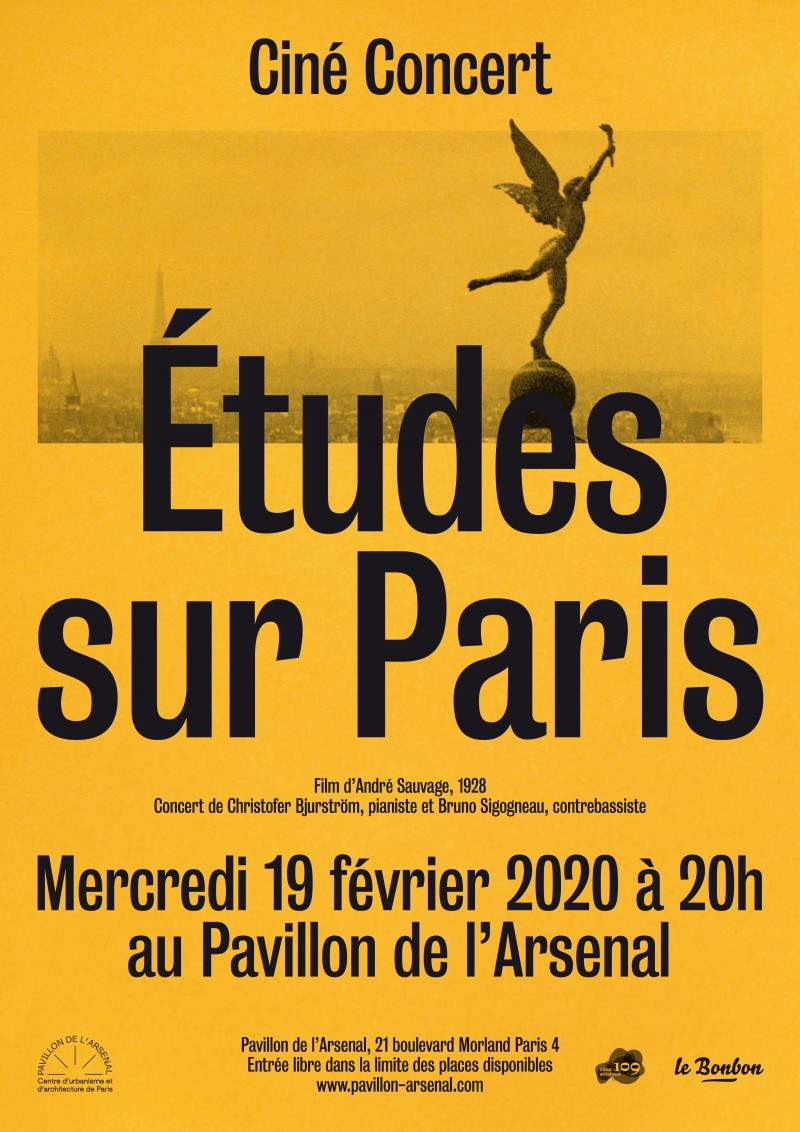